Our child hunger and nutrition programmes reach millions of children every year.

EVERY CHILD SHOULD HAVE GOOD FOOD TO FUEL THEIR IMAGINATION

But our hunger and nutrition programmes help millions every year.

How we're helping Leolida and Lawrence 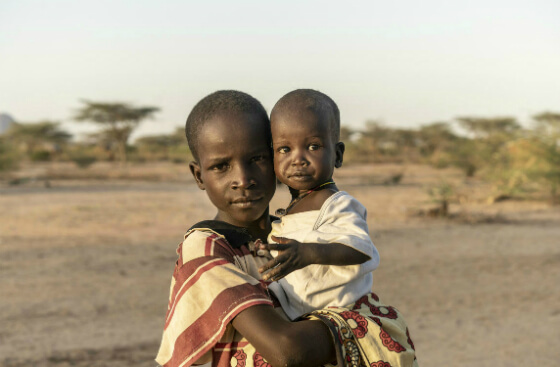 Leolida, 12 adores little Lawrence, just 18 months. He plays with him and looks after him when mum Jennifer is cooking or cleaning. He even shares his food with him, resulting in Leolida often going to bed hungry.

“Lawrence is my little brother that I love very much and I would do anything to help him,” says Leolida.

Leolida believes that playing helps to distract Lawrence from his hunger. “He is not hungry when you play with him, he is just happy" says Leolida.

Leolida and his mum haven’t had to cope with Lawrence’s illness alone. One of our community health volunteers, Mark, was on hand to diagnose little Lawrence and give him the antibiotics and highly nutritious food he needed to begin his recovery.

Here's a few of the things we're doing;

Northern Nigeria: Giving out small grants & dietary advice with DFID to help 60,000 pregnant women and mothers get the nutritious food they and their children need in their first 1000 days.

Yemen: Distributing food and cash grants to families. A major effort is to create safe spaces and provide support for mothers to breastfeed and improve the diet of their young children. The teams are also treating children for malnutrition.