YES, I want to Gift Aid this donation and any future donations I make in the future or have made in the past four years to Save the Children Fund. I am a UK taxpayer and understand that if I pay less Income Tax and/or Capital Gains Tax in the current tax year than the amount of Gift Aid claimed on all my donations it is my responsibility to pay the difference.
If you tick the Gift Aid box, your additional support will help to fund our work across the world.

Sorry – there was a problem with your payment details.

Please click the Help button on the top-right for more assistance.

Yemen is in the midst of the world's largest humanitarian crisis. The war is now over five years long and has left 12.3m children in need of assistance.

After half of Yemeni health facilities were destroyed through war, the impact of coronavirus will be devastating. Find out more about our coronavirus response in Yemen.

Yemen has over 900 confirmed COVID-19 cases, and there are reports of deaths from symptoms from around the country, with alarmingly high case fatality.

Yemen is a perfect storm of humanitarian, protection and economic crises, with each fuelling the other.

Extreme hunger and disease may have already claimed the lives of up to 85,000 young children.

Your support for our appeal is urgent - please donate to Yemen today.

Our teams are in Yemen right now, making sure children can eat, access healthcare, continue education and be protected from violence.

But the crisis is worsening.

We're doing everything we can to reach the most vulnerable children, but the on-and-off blockade is restricting our access.

Children urgently need your support to help them survive.

HOW WILL MY DONATION HELP?

We’re the largest independent aid agency in Yemen, working on the ground – as well as campaigning for lasting change – to help children survive this brutal war.

Across Yemen, we’re supporting 240 clinics,  16 mobile health teams and 27 hospitals. Without your donations, we wouldn't be able to: 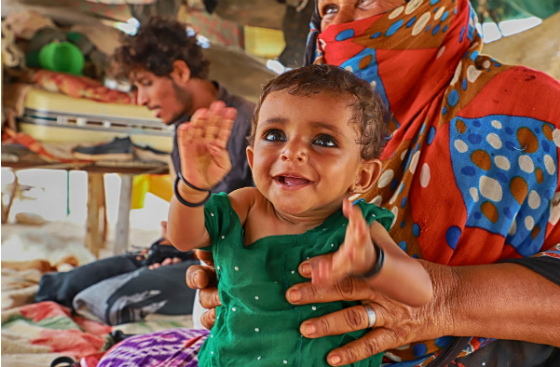 Samar's* family lives in the middle of the desert, in a tent that was damaged by the heavy winds. Her mother left their home when she was just a few months old due to economic problems and the family issues that ensued, so Samar did not get appropriate breastfeeding and care.

Samar has been severely malnourished ever since her mother left them, and she has been admitted several times to the hospital. Samar was referred to the Mobile Clinic as a case of Severe Acute Malnutrition (SAM). At the clinic, she received the routine vaccinations for the first time, and has been given nutritional peanut paste.

7.4m children are in need of child protection assistance. Without your donations, we wouldn't be able to:

How we helped Rami* 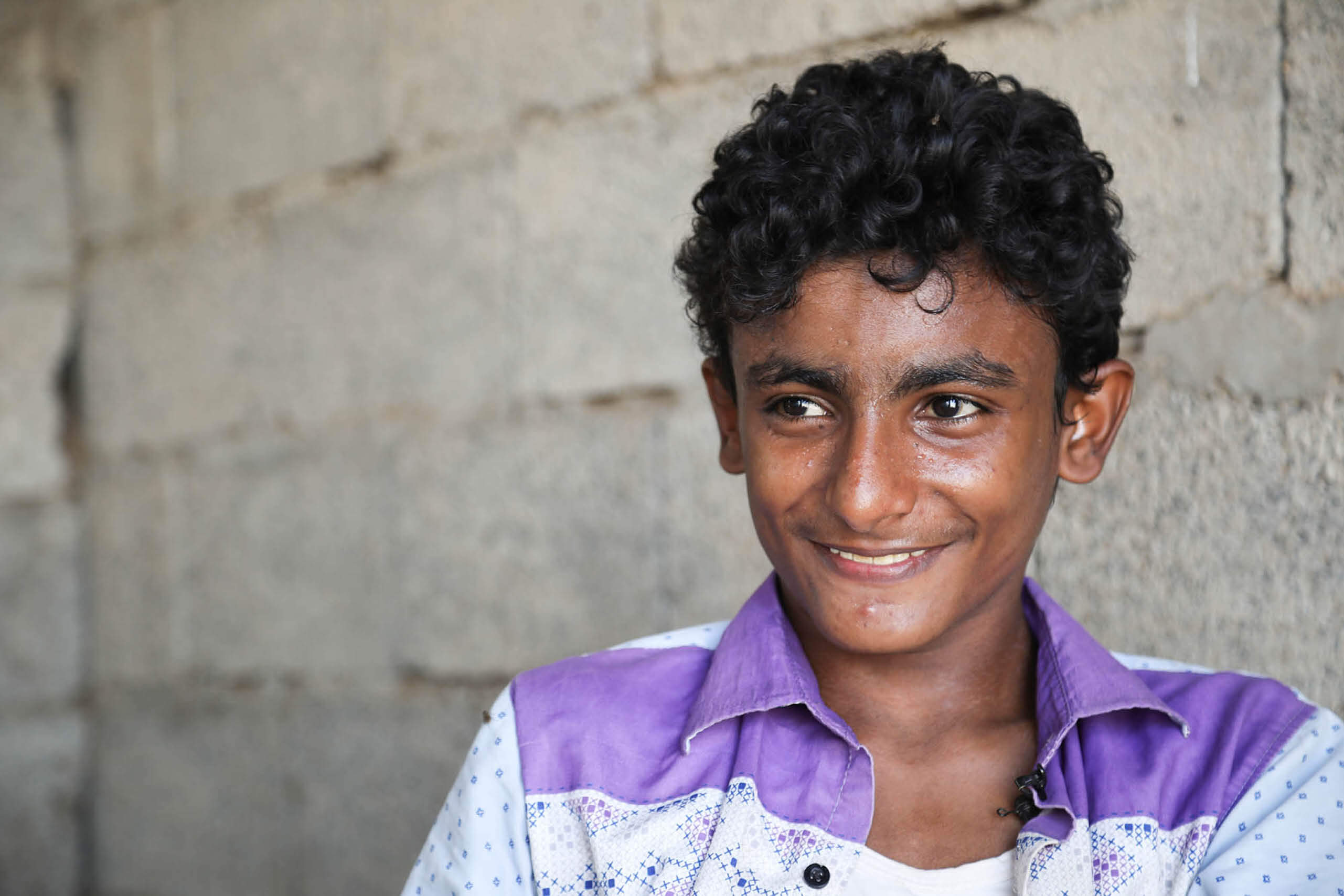 Cousin Rami, 15, and Waleed*, 10, suffered life-changing injuries during two successive airstrikes near their home. Their relative, Bakeel*, 18, lost his father and two nephews.

The family were at the mosque for evening prayer when they heard the warplanes overhead. As they left the mosque, the bombing started.

Rami was injured by shrapnel and lay on the ground, unable to move. His father searched for him everywhere, and eventually a motorcyclist told him he had found an injured child near the road and taken him to the health centre. There, Rami was given first aid treatment but they referred him to Hodeidah Hospital, and then to Sana’a, where he had a leg operation.

Save the Children paid for his operation, medicine and gave him a wheelchair. We also supported Rami through one month of rehabilitation, which involves physical exercises to help him get better. He can now feel and move his right leg, but still cannot feel his left leg. Rami also still needs an operation to remove the fragments of shrapnel in his spine.

2m children are out of school, depriving them of an education and exposing them to the risk of joining the frontline fighting, child labour, or early marriage. Without your donations, we wouldn't be able to:

How we helped Aymen* 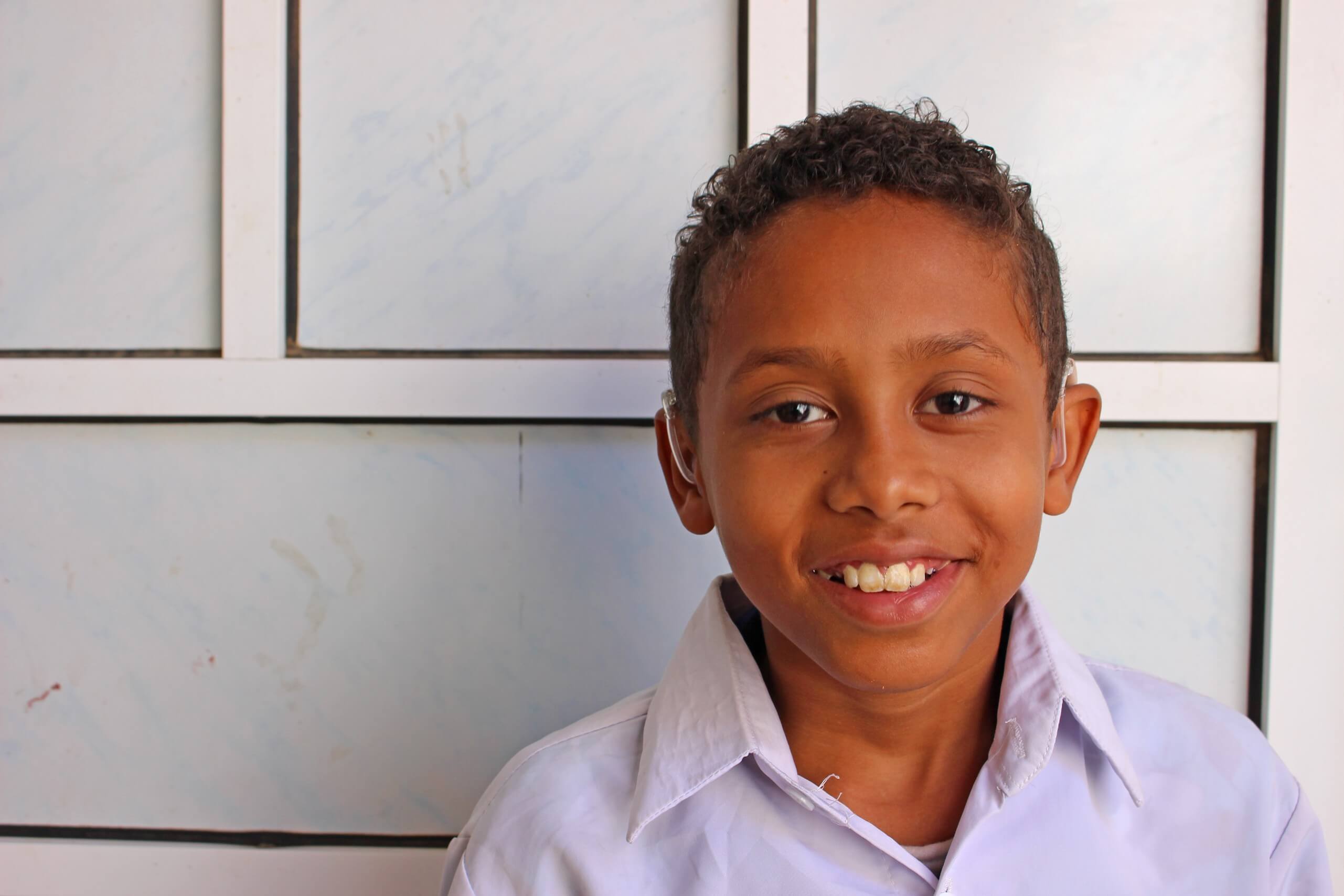 Aymen is 12 years old and comes from the Aden region of southern Yemen, which has been devastated by conflict in recent years. After a bomb hit his school, Aymen’s ears had been badly damaged in the explosion and he subsequently lost all hearing.

Aymen was spotted by Save the Children at a local health facility and provided with hearing aids for both his damaged ears. This has helped him to cope at school, improve his grades and recover his old confidence.

Food insecurity affects 20.1m Yemenis (67% of the population), including 10.3m children. Without your donations, we wouldn't be able to:

How we helped Muna* 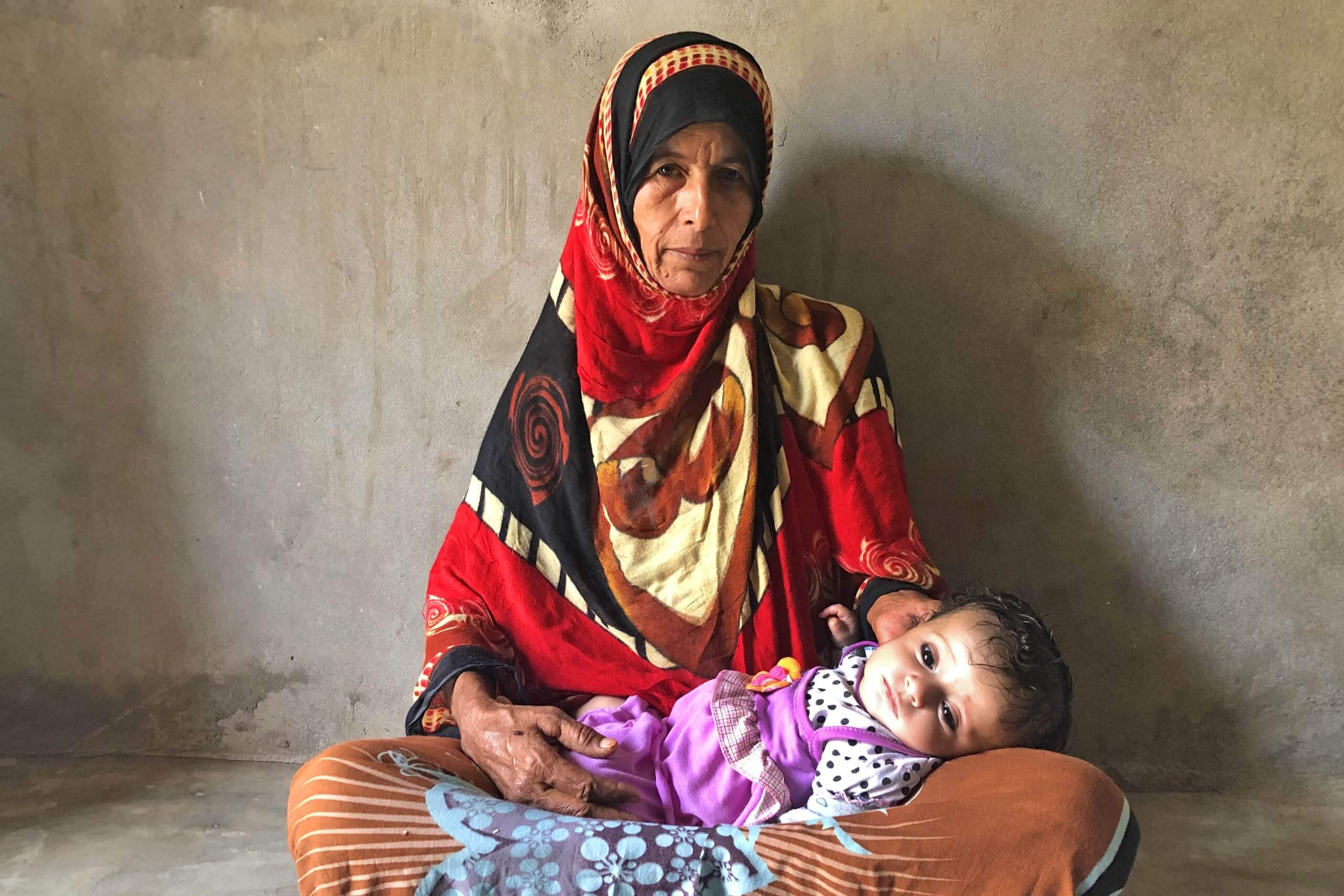 Muna, 2 months, lost her mother suddenly 20 days after giving birth. Muna was then taken to another area called al-Bayda in the same governorate to her grandmother’s house where she has been taken care of by her grandmother and her aunt who has a child of the same age.

After her mother passed way, Muna stopped getting breast milk therefore her health deteriorated especially after she also started refusing bottle milk. Muna’s aunt was reached through Save the Children breastfeeding awareness sessions where she learnt the importance of children like Muna getting breast milk.

Since the aunt also had a child the same age as Muna whom she was breastfeeding, she decided to also breastfeed Muna with guidance and support from a Mother to Mother group that was formed and is supported by Save the Children. Through the group, she received support on how to breastfeed the two children. Muna’s health has greatly improved and she has started gaining weight since the time her aunt started breastfeeding her.

HOW ARE WE RESPONDING TO CORONAVIRUS IN YEMEN?

We're doing all we can to help keep children alive, healthy and learning through the pandemic, including:

Back to the top

More ways to get involved