A year ago, families living in Kasai, in central Democratic Republic of Congo (DRC), were affected by the violence.

What started as a dispute between a local traditional leader and the Congolese government, spiralled into a violent clash between militias and government forces which has enveloped the entire Kasai region and beyond. 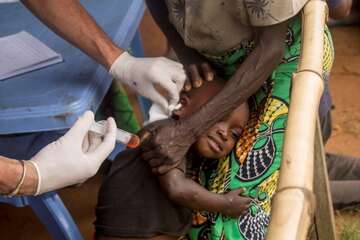 Now, the previously peaceful area is the epicentre of a large humanitarian crisis.

Some 1.4 million people have been displaced – more than anywhere else in the world during the same period. Half of children are chronically malnourished, scores of mass graves have been discovered, and the health system lies in ruins.

With reports of gross human rights’ violations and violence along ethnic lines, many are concerned that families in DRC will see a repeat of the war that killed more than 5 million people.

Despite this, the crisis has been largely overlooked by the media and international donors have shown little interest.

Aid agencies are scrambling to respond in a remote and insecure environment. 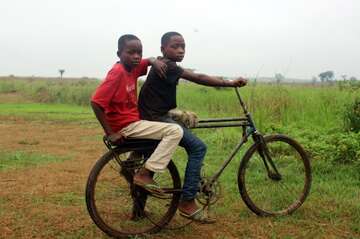 Reaching the most remote children

Save the Children has been working in the Kasai region for fourteen years, and have been working to reach families since the crisis began.

As more people were forced to flee, and fewer health facilities were functioning, we deployed our innovative Emergency Health Unit in June to provide essential healthcare to children and their families.

We sent three Mobile Health Clinics – 4x4s carrying medical equipment and personnel – to travel around Kasai and reach the most remote communities who wouldn’t otherwise receive any medical care. 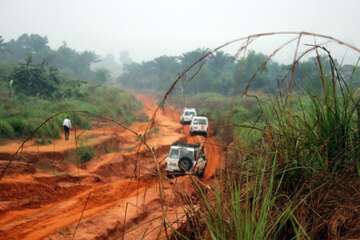 One day in August, I was accompanying a Mobile Health Clinic on its regular journey to provide healthcare in remote corners of Kasai.

As we approached a small village called Mpengela, we noticed a piece of white cloth tied to a stick.

A sign of how families are desperately longing for peace.

When we reached the village, our convoy was welcomed by the cries of Save wetu walu. This means ‘Our Save the Children has arrived’ in the local dialect.

People had very little in Mpengela. This village had been deserted for four months at the beginning of the year, following brutal attacks by an armed group.

There simply is no functioning health service there, which was dangerous as we saw that many children were suffering from malaria, diarrhoea, and acute respiratory infections.

Mpengela was also hosting families who have fled nearby villages, and people who had come specifically to receive healthcare from our Mobile Clinic.

Within four hours, the team had provided consultations to 100 people, including many malnourished children who we referred to specialist services. 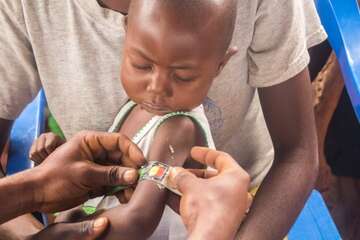 In another village, the team in the Mobile Clinic met Ray*, who was three years old.

“My son had diarrhoea, a bad cough and found it difficult to breath. His illness paralysed the whole family; there was nothing else I could do,” said his mother, Julie.

Ray was seen shortly afterwards by the team in the Mobile Clinic who diagnosed him with an acute respiratory infection, diarrhoea, and a cough – all of which are common diseases among the displaced community.

“I closely followed all the instructions of the nurse, and by the end of the week my son was feeling better. After two weeks, he was completely back to normal. I’d like to thank Save the Children for the free healthcare, and Nurse Annie for letting me know about it” she said. 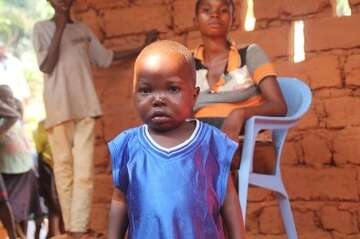 Save the Children is one of the very few NGOs in the area, and is a life-line to children like Ray who desperately need medical care.

Thanks to the Emergency Health Unit about 9,300 patients have received proper healthcare and referral. As the rainy season approaches, we expect that more families will be vulnerable to water-borne diseases. Our team will continue to travel to the farthest villages to ensure that healthcare will be accessible to those who need it the most.