Syria: Where is our outrage and why does it matter that it’s missing?

Aid work is a tough life, lived in difficult places. You spend months on end in Somalia, Afghanistan, Pakistan, Central African Republic, Syria and so many other places,  far from family and friends, faced with daily tragedy on a massive scale, surviving on stodgy and irregular food and limited clean water. Hot showers are often a distant memory.

Too much work, too many people who need help, too little time.

Security curfew means that you need to be back at base before 6pm or dusk – whichever comes first. Then your evenings are spent hunched over your laptop, firing off emails to HQ or big institutional donors, desperately eking out the last of the battery before the generator dies. There is always too much work, too many people who need help and too little time. Distant gunfire lulls you to sleep, and you might catch a few hours before rolling out of bed in the early hours to another day in the boiling heat. 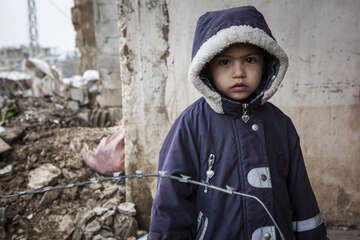 There are many reasons that aid workers get frustrated. Not enough funding to keep vital projects going, local officials requiring endless and ever-changing paperwork to access refugee camps, bosses sat safely  in HQ asking seemingly absurd questions in increasingly shrill tones while you calmly try to explain that you can’t deliver what they’ve asked for because the road is blocked by a local militia gang and they keep shooting at everyone.

Among aid agency staff working on the Syria crisis, the levels of frustration are huge. And there is something else – a very real and visceral rage. It has many targets but it is no less potent because of it. Primarily, it’s anger at the world, for watching as a country tears itself to bloodied pieces and muttering phrases like ‘Well, there are no good guys in this one…’ or ‘Aren’t they all terrorists anyway?’. Pictures of eviscerated children failed to stir the indignation of the masses. Reports of the mass torture of civilians fell on deaf ears. Targeted killings of doctors, medics, journalists and aid workers skyrocketed and still – no outrage.

Because what can the world do about it but wring our collective hands and ignore the bloodstains? If we are all honest, we know we will look back on Syria in 10 or 20 years and shake our heads and recount the terrible tragedy as a cautionary tale – as we do with Rwanda or Srebrenica – with a sympathetic detachment coupled with a vague awareness that someone pretty senior somewhere messed up. 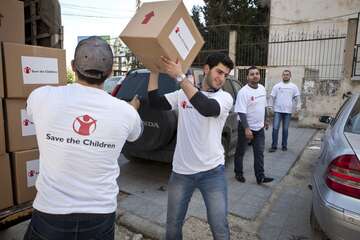 A future too many will not see

Today marks 30 days since a UNSC resolution was passed for Syria, allowing for greater safe humanitarian access. So far we haven’t seen access widened; we haven’t seen a drop in the number of deaths from preventable causes like malnutrition, infection or asthma attacks. But we’re hopeful. This we can influence. We may not be able to change the course of this war and how it ends, but we have some power over the here and now. We can tell our governments that they must do more. We can donate to charities working tirelessly and fearlessly behind the scenes.