Syria: Three years of conflict take a devastating toll on the health of the population

The report that Save the Children launches today, A Devastating Toll, is not what you might expect. The toll in question is not the direct result of the violence that has dragged on now for three long years; it is the ill-considered consequence of fighting: a health system in ruins, children unvaccinated against easily preventable diseases or falling sick (sometimes through hunger – another toxic side-effect of the war) and then dying, when they needn’t have, for lack of the medicines or professional care that could have saved them. 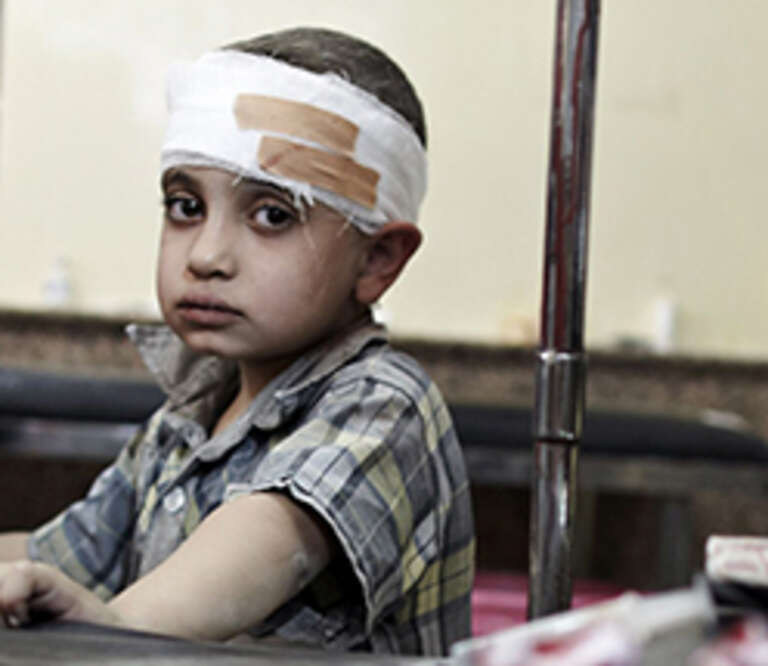 These deaths are not planned or executed by any side in the conflict – although those who target hospitals must shoulder some of the blame. They are the inevitable sequel of ongoing violence in a country that is fast becoming rubble.

According to our report, health experts have estimated that polio – eradicated in 1995 – is now being carried by up to 90,000 people across Syria: a figure so high that there are concerns that it may spread to other countries. Another awful fact the report highlights: a city the size of Aleppo should have 2,500 doctors to cater to its population’s medical needs. Aleppo, now, has just 36.

When you drop a stone in a pond, the ripples spread outwards. The same is true of ongoing violence: there are more outcomes than anyone realises. And children, as ever, suffer first, and worst.

No child should die for lack of a doctor, or a vital medicine, or a vaccination. This terrible conflict must end before more innocents lose their health or their lives because of their elders’ quarrels. And in the interim, the UN Security Council must see to the full implementation of the Resolution on humanitarian access into Syria, as soon as possible. We must be able to bring medicines, equipment and expert help to the sick children of Syria. And by doing so, we may help to stem the epidemics that will be the next logical consequence of this illogical, horrific war.