For the past few years, Elena has asked her friends to buy her a ‘virtual’ birthday drink instead of a real one.

She sets up an online giving page and the money is then donated to a charity of her choice.

A village decimated by Ebola

As Elena’s birthday approached this year and she started considering which charity to support, she heard from a friend about 25 children from one small community in Liberia who had lost their parents to Ebola.

Elena decided she needed to do something to help those children, so she nominated Save the Children as her birthday charity:

She also felt that this time, just asking for a virtual drink wasn’t enough. To earn her drinks and raise even more money, she signed up for the Yorkshire Three Peaks Challenge – even though she had left herself just two weeks to prepare. 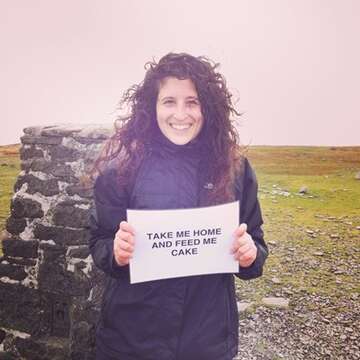 Elena completed her challenge, trudging 26 miles up and down Yorkshire’s three highest peaks, and has so far raised £1347.47 for Save the Children’s work in Liberia.

If you’d like to contribute to Elena’s fundraising and our work in Liberia, you can find her Just Giving page here.

W’d like to say a huge thank you to Elena and to all our supporters. We couldn’t continue our work without you!