Chuol* is 13 years old. I remember being 13; playing with friends, going to school, spending time with my family at home. Chuol’s life is nothing like mine was. He left his home town when fighting broke out there in December. He and his family hid out for months in the open bush.

They had to leave all their possessions behind, including their cattle – their livelihood. They survived on food brought to them by elders from their town and slept out in the open.

“We were running through crossfire” 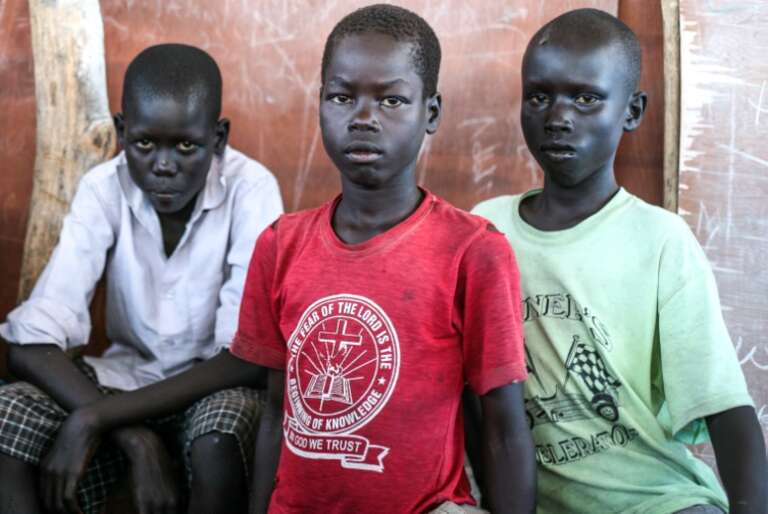 “I heard people fighting outside,” Chuol told me. “Even elderly people were being killed. We left our home and ran into the bush; me, my mother and my brothers and sisters; some of my siblings were killed. We just ran. We were running through crossfire with bullets flying all around me. I just felt so scared.”

“My papa was killed in the fighting. I felt very sad.”

Eventually, he arrived in Awerial after he and his family crossed the river Nile by boat.

“I’m not lonely any more”

“All we can do when we’re awake is remember” 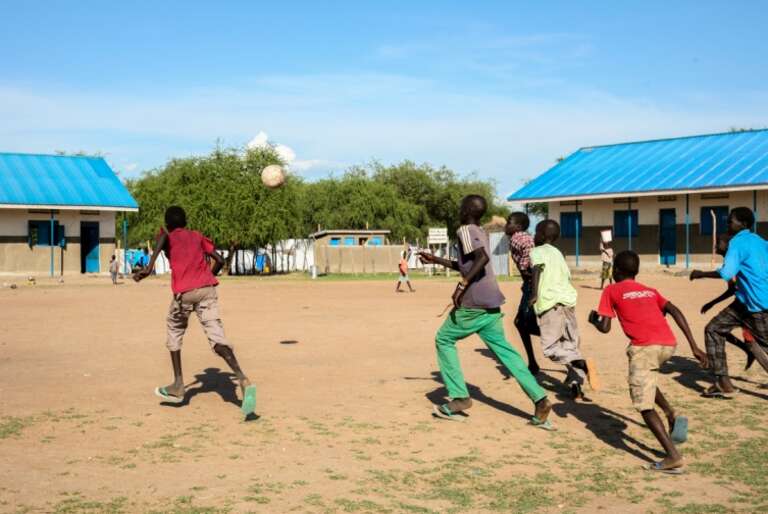 His mother Rebecca* described the change in Chuol since they left their home: “Chuol still has nightmares about everything he saw; he relives seeing people who had died. We can only wait for sleep, because all we can do when we’re awake is remember.”

Rebecca continued, “Before Chuol went to the school and the Child Friendly Space he was bored and not active. He has regained some kind of normality and is able to play freely and to laugh. I am very happy for Save the Children as they help control the children, they stop them getting lost, and they keep them safe.”

Chuol is a young boy with dreams and aspirations. He loves football: immediately after talking to me, he ran outside to continue his game with his friends. The space for learning and playing that Save the Children provides for young people like Chuol is invaluable: it allows them to be children again.

*Names have been changed to protect identities