Seven years ago, Sorcha and Gabriele Hellyer got married and decided to include Save the Children in their celebrations by asking for donations to our work instead of traditional wedding gifts.

We were really grateful to be part of their special day, and hoped they would continue to remember Save the Children throughout their married life.

Today, Sorcha and Gabriele are still happily married and have shown that they are still dedicated to helping us save as many lives as possible.

Sorcha feels that despite the economic crisis and the tightening of belts, we are all exceptionally lucky in our lives. 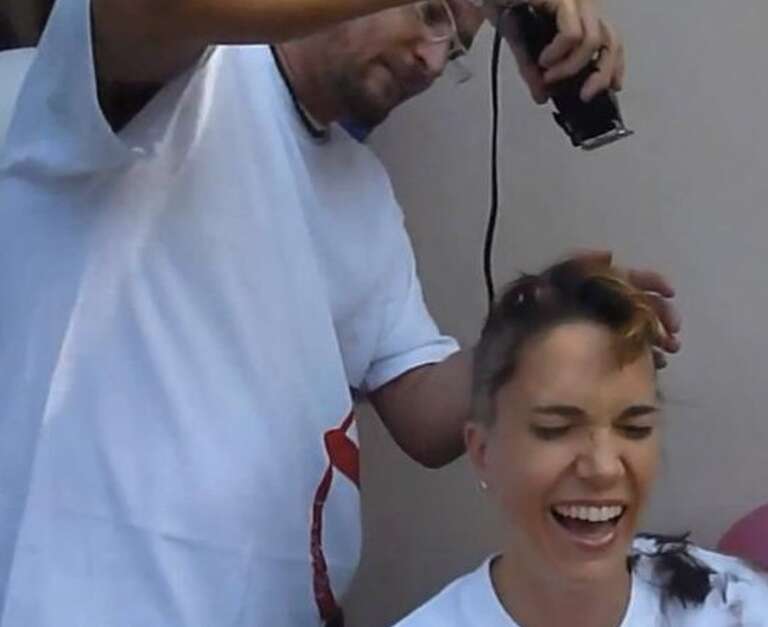 Instead of conventional methods of fundraising, Sorcha decided to shave her head and (although it took some persuading!) got Garbiele to shave his too.

They set a fundraising target of £1,500 and started telling their friends about what they were planning to do.

Sorcha and Gabriele ended up smashing their target, raising a whopping £4,342 so far!

They also managed to raise awareness of our work among their friends and family and are fantastic ambassadors for Save the Children.

We never cease to be amazed by the lengths people will go to in support of our work and on behalf of all the children we’re able to help, we’d like to say a huge thank you to all our fundraisers and supporters.

If you’d like to help Sorcha and Gabriele triple their original target (they’re now aiming for £4,500!), you can donate using their JustGiving page.

Fancy setting up your own fundraising event? Then get in touch with our Supporter Care team for ideas and advice on 020 7012 6400 or supporter.care@savethechildren.org.uk. Or you can check out our fundraising ideas here.