This week we heard a fantastic story about the efforts of someone very young who managed to go on and raise a very large amount of money.

We were so impressed we’ve decided to make him our supporter of the month for July. 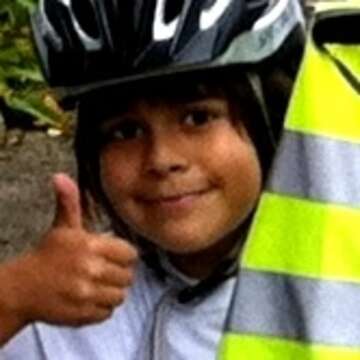 The story begins in October last year when eight-year-old Chayo was watching CBBC and saw a report about Somalia. He was so upset by what he saw that he decided he had to do something.

Not content with doing something small, Chayo chose to cycle ten miles to raise money for our appeal.

Chayo’s local paper wrote an article about him, he also told all his friends and family about his bike ride and why he had done it.

In the end, he managed to raise an amazing £637.10, which is enough to help treat 1,911 children suffering from malnutrition. Well done Chayo!

It really made our day when we received Chayo’s letter telling us all about what he’d done and why.

We really do love hearing from all our supporters, so if you’ve done something for Save the Children recently please get in touch and let us know.

We’d also love to hear from you if you’re considering doing some fundraising but need some help getting started – from a cake sale to a sky dive, whatever you’re doing we can give you advice about how to raise as much money and awareness as possible.