Prime Minister, this is the time for action

Throughout the summer we have been calling on the Prime Minister to help end the global health worker crisis. We’ve been asking him to put the issue of health workers at the heart of his government’s plans to reduce the number of children who die.

And we’ve been asking him to take a lead at the UN meeting on tackling the dire shortage of health workers in the world’s poorest countries. 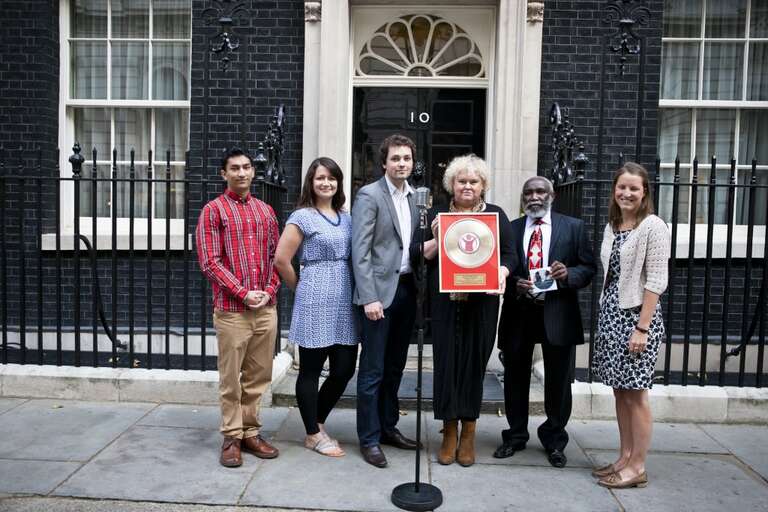 Ahead of the meeting I accompanied a group of campaigners on a trip to 10 Downing Street to hand in our health worker petition to David Cameron.

Along with 40,000 names, we delivered a gold disc that represents people all over the country who added their voice to our special version of the song Time for Action.

Watch the Time for Action video

Brilliant
We’ve had a brilliant response to the campaign – thank you.

“The health workers campaign is a priority and a timely milestone in Save the Children’s work in promoting the wellbeing of children,” said Peter Chege, a Save the Children campaigner from Birmingham who came to No 10.

“An adequate supply of doctors, nurses, midwives, community health workers and others is essential to achieving the Millennium Development Goals,” he added. “National governments have a moral obligation to provide much needed resources to close the 3.5 million global shortage of trained health workers.”

To find out about what went on at the Un General Assembly read my colleague Leora’s blog here.