Fighting poverty in the palaces 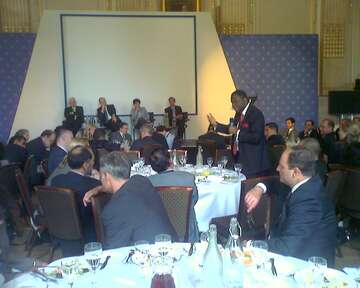 The Pacific Health Summit comes in the middle of many international meetings discussing the Millennium Development Goals (MDGs) and health. The World Health Assembly, the Women Deliver conference with Countdown to 2015 and the G8 meeting in Canada later this week are all leading up to the UN Summit in September.

While their purpose and success are variable, it is clear that maternal and child mortality is currently at the top of the development agenda. This has been a long-time coming and, as one speaker here reminded us, it always goes away again, so we need to make sure we use this window of opportunity well.

The attention has been driven, to a large extent, by those raising the terrible lack of progress on maternal mortality. This attention is late, but badly needed. As most people recognise, most of the time, to try to look at maternal mortality without looking at newborn and child health is illogical. Sarah Williams’s recent policy briefing makes this point very clearly.

This Pacific Health summit took maternal and newborn health as its focus. A range of business leaders, senior practitioners and researchers have spent a few days discussing the topic, with a bias towards the role of the private sector. The tone has been more self-congratulatory than critical, and some of the major debates about the private sector and health have been avoided. The emphasis is on networking and relationships which, although it is hard to tell, might have some good outcomes.

We are also discussing the proposed Joint Action Plan for Maternal and Child Health which UN Secretary-General Ban-Ki Moon is leading for September. This document, currently in draft form, has the potential to galvanise urgent action on MDGs 4 and 5 to turn around their failure before the 2015 deadline. We’re working hard to try to ensure that the plan is based on evidence and good practice, takes as its basis that survival and health are basic rights with universal entitlements, and that specific new commitments are made, which can be tracked.

To finish on a cheap point, the incongruity of sometimes sitting in luxurious surroundings discussing the problems of the poorest people is a cliché but if I did not notice it, I would know that all was lost. Apart from taking place in the amazing Institution of Civil Engineers building, the Pacific Health Summit managed to have a reception in Buckingham Palace and a lunch in the House of Lords. I only wish this incongruity would actually draw more attention to inequality, poverty and discrimination.