Ethiopia: Regardless of scale of disaster we’ll help

The rainy season has definitely arrived in the Amhara region in Ethiopia where I’m based. On Saturday I went with a team from the office to visit an area affected by flooding. Before leaving I caught the early morning news and saw that the number of people killed in the floods in Pakistan had reached eight hundred. As we headed off for our own emergency assessment, it was obvious that this would be nothing close to that scale. But with people in need that didn’t make it any less important.

We saw traditional tukul homes flooded by the water and visited a local school in Wagga where nearly nearly 50 families are living because their homes have been destroyed or damaged. While the children seemed quite happy to be living in the sturdy, dry school buildings, their mothers told me that the cement buildings are very cold at night and that they don’t have enough beds, blankets, plastic sheets, grain and oil. The families living here were forced to flee their homes when the flood hit in the middle of the night. I met one woman who had struggled to escape as she had given birth just three days before. They are now surviving with whatever possessions they could rescue as they fled their homes or what they have received from the government. But living in the school can of course only be a temporary arrangement.

We visited some of the local farming land and saw fields of crops which had been destroyed when the flood water swept through. 280 hectares have been damaged which will have a significant impact on families who rely on those crops for their income and food. The government is currently looking for new land for these families. But they will have to start again from scratch. 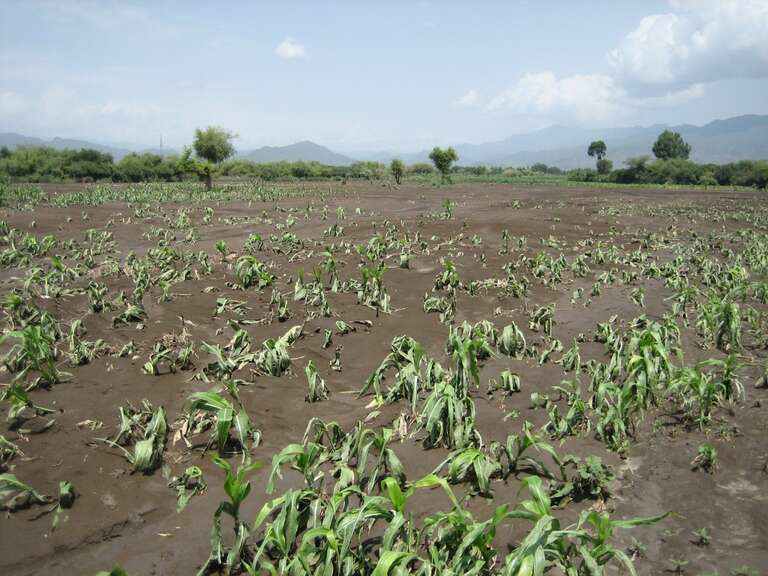 When we think about natural disasters we automatically think of those terrible earthquakes and tsunamis which cause the most devastating destruction and make the headlines across the world.

The response will require much less funding and man power than to the devastating Pakistan floods. But the concerns expressed by those affected are the same:  “where will we live, what can we eat, how can we start up our livelihoods again, how can we make sure our children are healthy and happy?”

And that’s why Save the Children has to respond according to the needs of those affected, regardless of the scale of the disaster.