Approaching our work the right way 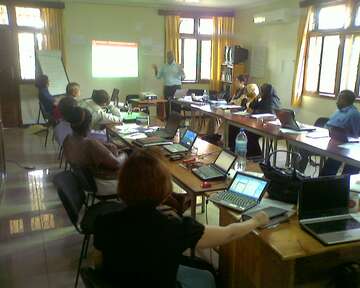 I have spent this week with colleagues in Tanzania planning for the EVERY ONE campaign here. It has been a great learning experience for me to be involved in this kind of workshop — an eye-opener compared with the campaign discussions that we usually have in London or with other “head offices”. It reminds me again why Save the Children needs to turn around our thinking and follow the leadership of staff in developing countries.

If we’re committed to development, the agenda should be always be set by those most affected by the discussions, not those with the money. In fact, ideally we should be working to identify the priorities of children from poor communities and shape our campaign that way.

Tanzania is an interesting country. It has made good progress on Millennium Development Goal 4 (child mortality) and is even hailed by some commentators as a country which might achieve the target by 2015.

What is alarming is that it has apparently done this without making any impact on the maternal mortality rate. Women are still dying in very large numbers during childbirth, suggesting that the action that has been taken on child mortality has ignored the mothers. The figures for the number of births attended by a skilled attendant corroborate this. While Tanzania has made maternal and child health services free at the point of delivery, too often the reality is that clinics are under-resourced and those that use them end up buying materials such as waterproof sheets and rubber gloves.

It is a country where chronic malnutrition is a very significant factor in the deaths of children, and possibly also of mothers. While Tanzania has relatively good food security, the levels of poverty and poor rates of breastfeeding all contribute to this problem.

According to one person here, Tanzania is the most donor-dependent country in Africa, with most of its government budget coming from donor countries. This severely limits its ability to invest in services for health and hunger reduction. Recently, the donors collectively have cut back on their contribution as they are unhappy with slow progress on transparency, tackling corruption and financial probity. This is important of course, but the effect of these cuts was on the front page of the newspaper while I was here: the government announced 30% cuts in health spending for next year.

The problem of donor dependency is also evident in another statistic: the number of people living with decent water supplies and sanitation services has gone down in Tanzania, probably because this is no longer a fashionable issue to donors.

Learning from my colleagues in Tanzania this week has really helped to remind me why we have to follow their lead – and why both donors and ourselves need to respect country leadership.