We fought for refugees and migrants
In Greece, we fought to help those stranded in detention centres and camps.

Since the beginning of 2015, Greece has been the entry point into Europe for more than 1 million refugees and migrants seeking safety and security for them and their families.

When the border between Greece and Macedonia – which people passed through on the way to the rest of the EU – closed, it left thousands of people stranded, including 2,000 children.

Before they could leave, many had to wait for legal asylum. This is a long and arduous process, leaving thousands stuck in camps and detention centres which fall below acceptable living standards.

Some camps lacked the bare minimum, including toilets and suitable shelter. Those stranded included families, crowded together, sleeping in tents or simply out in the open.

Stuck in arid conditions, protests and violence erupted in some areas, and several of the camps in mainland Greece reached maximum capacity.

Those desperate to leave often turned to smugglers for help, meaning that they were vulnerable to exploitation, especially children who had travelled alone.

We worked across mainland Greece and the Greek Islands, including Lesvos, Chios, Kos and Leros, to reach those most in need of help. 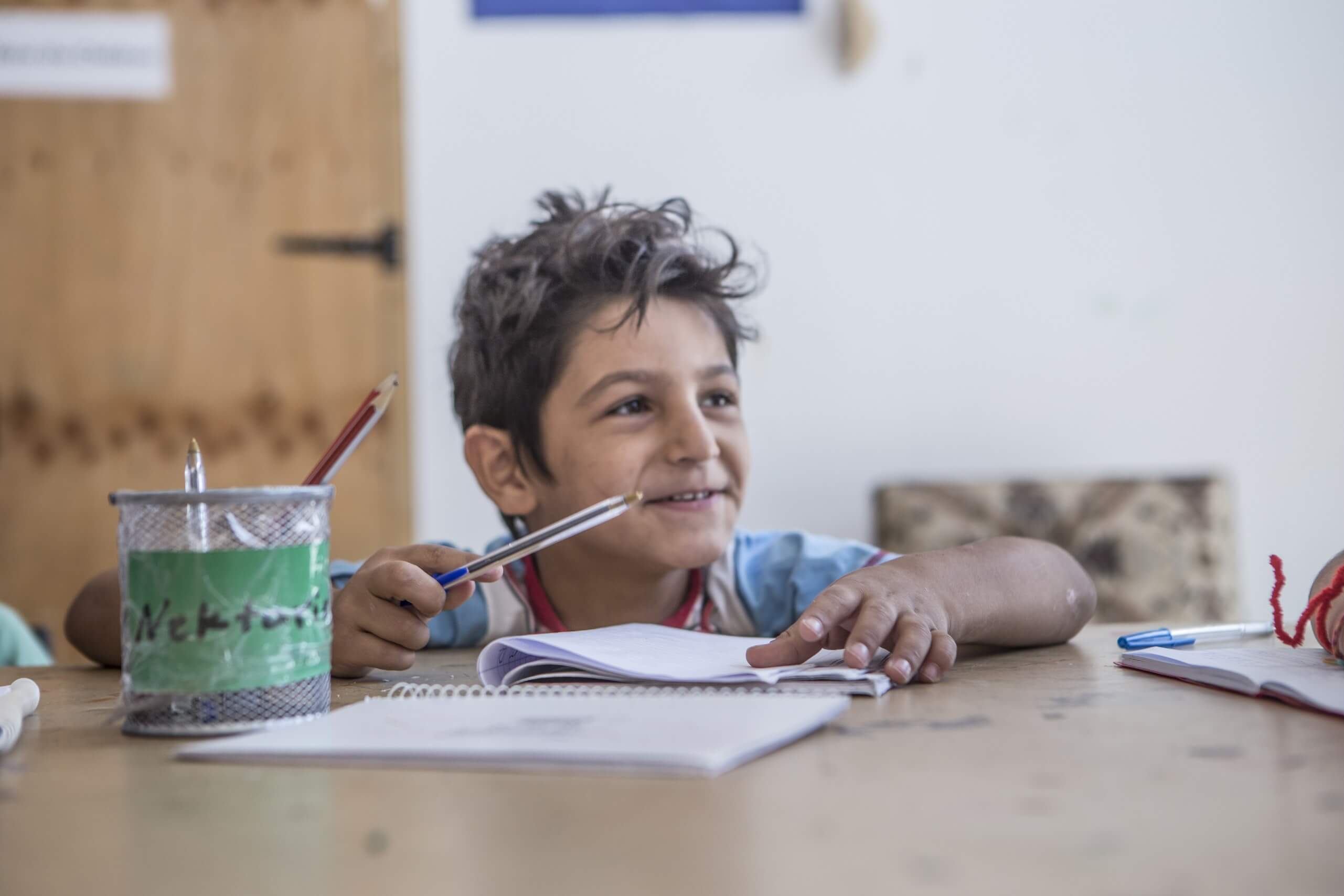