The rap stars of za'atari

Hiba* and Rama* are two normal sisters. They chat, they talk over one another, they laugh at each other. But they’re also refugees. They’re activists. Oh, and they’re rappers.

“We are children who stand against child marriage,” Hiba and Rama flow in unison. “We will fight the world to stop it.”

“I think that many grown-ups believe in child marriage,” says Hiba, who’s 17.

“And after many attempts to change their views, some were convinced. Their mindsets have changed.”

The sisters may both seem confident and outspoken now, but it hasn’t always been this way.

When the family first arrived from Syria, Rama was really struggling. Her arm had been badly injured in an explosion and she felt like she had no future.

“I keep telling her that we will achieve great things and the world will know about us,” she says. 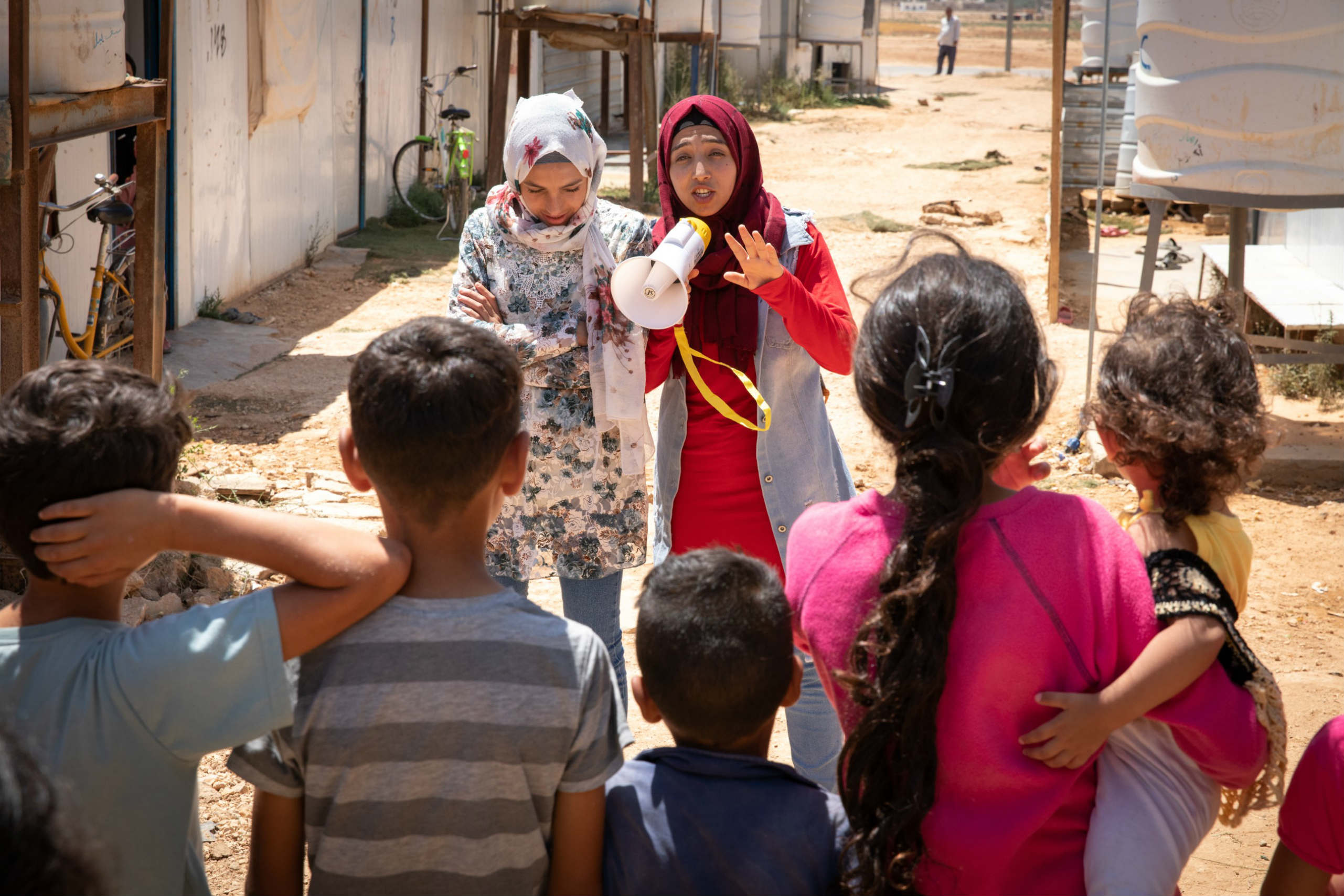 Now, the sisters are growing in confidence thanks to Save the Children and Arsenal’s Coaching for Life programme.

It uses specially developed football training to build children’s strength and resilience, and empowers them to stand up for their rights.

As for Hiba and Rama’s parents, they couldn’t be happier to see their girls flourishing.

“When my daughters attend activities at Save the Children centres, their sole purpose is to change their lives for the better,” says their mum, Rabab*.

“I am very proud of my daughters’ personalities: they are independent girls.”

One thing’s for sure, Hiba and Rama are determined to keep up their fight to uphold girls’ rights and stop child marriage, whatever the obstacles.

“A girl shouldn’t speak her mind?” Hiba asks. “Says who?”

*Names have been changed to protect identities.

HOW WE’RE HELPING CHILDREN IN JORDAN…

So far, more than half a million Syrian children are rebuilding their lives in Jordan thanks to the help we’ve been able to give. Things like: