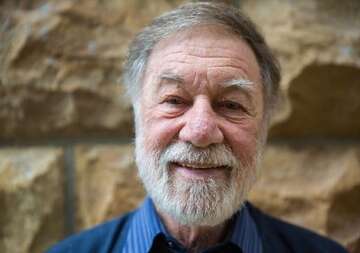 Save the Children was saddened to learn of the death last weekend of Professor David Sanders, Emeritus Professor in the School of Public Health in the University of Western Cape in Cape Town, South Africa and Co-chair of the global People’s Health Movement.

He even worked with Save the Children for a short time as Regional Health Adviser for Southern Africa. He had two red lines when he joined – that Save the Children would not silence his voice and would not make him reduce his engagement with the People’s Health Movement.

Friends and colleagues remember David fondly as someone who was a great scholar but always down to earth, approachable and willing to clarify or argue a point if it meant one more recruit for the struggle to achieve health for all. As a highly regarded academic, he taught and inspired young people who have gone on to become health ministers and policy-makers. Friends comment on how, despite his fiery opinions, he never lost his cool, was always pleasant and never missed an opportunity to be hospitable – and keep the wine flowing.

I met David Sanders for the last time at the 72nd World Health Assembly in Geneva in May this year. David has been a family friend ever since I can remember as he and my father were two of the founding members of the People’s Health Movement. He has seen me grow up over the years and follow in my parents’ footsteps and has always had words of advice whenever we met. The Geneva encounter was no exception.

We bumped into each other when we were attending the session on primary health care and both of us were looking for a place to sit – all empty chairs had been reserved for Member State representatives. Having greeted each other with a big hug, we proceeded to occupy two of the reserved seats for the duration of the session.  David kept up a steady commentary all through the session, starting with what he thought of the Astana Conference, which did not address social determinants of ill health. He was worried about Save’s position on Universal Health Coverage (UHC). His concern was that the UHC framework reduces primary health care by making it just a route to achieving UHC. This, he said, resulted in further medicalisation and commercialisation of health care – resulting in primary health care becoming more expensive and inaccessible to the poor.

David maintained that primary health care should be the lodestar in the progression towards Health for All. He remained steadfast in this belief till his untimely death on 30 August. The health sector has lost a fierce health warrior. The baton has now passed to the many people he has trained and colleagues who had the privilege to interact with him and share his views.