Stopping the war on children – one hotel room at a time

The Munich Security Conference is held every February in the Bayerischer Hof, a grand, old hotel in the heart of the city. Its five-star opulence is part of a package that lures leaders, foreign ministers and defence ministers from round the world to come each year to debate the world’s most pressing security issues.

This year, Angela Merkel has stolen the show with a barnstorming speech on the need for states to stop fighting each other and to start working together. There’s also a huge delegation from the US, including Mike Pence, Ivanka Trump and – from the other side – Nancy Pelosi and Joe Biden. The UK was represented by Defence Secretary, Gavin Williamson.

I feel like an interloper in this company, but we’re here for a very good reason: we’re arguing that the biggest security challenge of our times is actually the “war on children”. More children are exposed to armed conflict than at any time since the end of the Cold War, and the number of so-called “grave violations” being perpetrated against them – killing, maiming, sexual violence, recruitment, abduction, attacks on schools and hospitals, and denial of humanitarian aid – is increasing at an even steeper rate. This “war” is destroying lives. It’s harming kids directly and it’s putting their future prosperity and security – and ours – in jeopardy.

Our job is to get all these leaders and ministers in Munich to hear us – and to persuade them to take action.

Step One is to get them to read our report, and that’s why we put a copy of it in every hotel room in the building. We know Ivanka Trump is a big reader so I’m sure she devoured our 63-page effort. We’ve also taken to the airwaves; all around the world, Save the Children spokespeople have been doing interview after interview to get our argument across. And – perhaps most important of all – we’re on the main stage here, with Helle Thorning-Schmidt, our global Chief Executive, presenting our argument directly to the illustrious assembled company.

The three dimensions of the war on children

First, governments are doing too little to uphold international standards. Some are waging war themselves in ways that violate international law, launching indiscriminate attacks or doing too little to ensure civilians and civilian infrastructure remain protected. Others are turning a blind eye or even aiding or abetting this bad behaviour. My own government, for example, is selling weapons to members of the Saudi- and Emirati-led coalition in Yemen despite clear and repeated evidence of violations, including the destruction of schools and the killing and maiming of children. This week, the House of Lords ruled that these UK arms sales are unlawful. 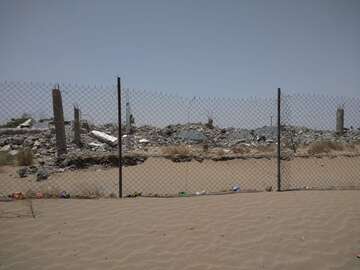 Second, too little is being done to hold perpetrators of violations to account for their crimes. In August 2017, Rohingya families were driven from their homes, girls were raped and babies were thrown onto fires in an orchestrated campaign of violence in Myanmar that looks a lot like genocide. Yet not a single person has yet been punished for these crimes.

Third, there is not enough practical action on the ground. Children’s lives could be transformed through programmes to demobilise and reintegrate former child soldiers, to help communities end the scourge of sexual violence, to get kids in conflict into schools or to support them in recovering their mental health. Yet only 0.5% of humanitarian aid is spent on child protection.

But there are reasons to be hopeful. Our report documents twenty initiatives that have made a difference for children in recent years. These include the Safe Schools Declaration, which has now been endorsed by 83 states worldwide, and the Paris Principles on children associated with armed forces and armed groups, which secured their 109th and 110th signatories this week. They also include measures to record civilian casualties, to curtail arms sales to perpetrators of violations, to collect evidence of crimes committed in conflict, to strengthen sanctions against violators and to scale up support for children’s mental health. I’m sure this list could be expanded – do leave a comment if you’ve ideas to add.

Governments must lead the way

Governments have the key role to play in turning the tide against the war on children. Their actions can both protect children directly and can raise standards internationally. This was the key message that those delegates will have read in their hotel rooms and which Helle gave from the main stage – a challenge to every government to take steps to stop the war on children now and, in doing so, to strengthen the rules-based international system upon which all of our security depends.

There’s a still a very long way to go, but we’ve caught people’s attention. Now we need to persuade them to take action. If you’re in the UK, you can help by supporting our call for the British Government to produce a proper strategy to protect civilians – including children – in war. If you’re not based in the UK, please sign up to our global call.

Together, we can stop the war on children.