Coming together this Christmas Jumper Day

In the nine years that Save the Children’s Christmas Jumper Day has been running, it has become a festive favourite for many of us; whether we work, go to school, live in one end of the country or another. It’s a great excuse to put on a silly woolly jumper and do some good at the same time.

By throwing on a daft/sparkly/home-made sweater discovered at the bottom of our drawers or a local charity shop, Christmas Jumper Day brings us all together – a true theme of Christmas. And by suggesting people also make a small donation, we’ve managed to raise more than £24 million to help ensure all children survive, get protection when they’re in danger, and have the chance to learn.

Holding on to this sentiment is so important. Because while Christmas can be a wonderful time of year, it is particularly tough for families struggling on a low income. For a lot of the families we work with, the reality is that poverty excludes them and their children at any point during the year, but especially at Christmas.

Parents tell us about the reality of poverty, and the impact it has on their children’s lives, their learning and on what childhood is like for them. One single-mum we’re campaigning with, Vicky, told us ‘I work long hours in a demanding job…my earnings increased but the knock on effect of this was my Universal Credit decreased meaning I’m less that £40 a month better off despite working 24 hours a month more in a better paid role. A few weeks ago, after paying childcare, rent, and other sky-high bills, I had to make my children choose if they wanted toast or cereal for their breakfast because I couldn’t afford to buy both bread and milk.’

Stories like Vicky’s are becoming all too common: 4.2 million children now live in poverty, a figure which is up by half a million since 2010. That’s ten children in an average classroom – or enough kids to make a cast for the school nativity play.

The last thing any of us need at this time of year is extra stress and pressure to buy new things. That’s why it’s so important for us to ensure that Christmas Jumper Day brings people together, rather than create barriers and stress. It should be about having fun and looking a little bit silly and it shouldn’t be about buying a new Christmas jumper. 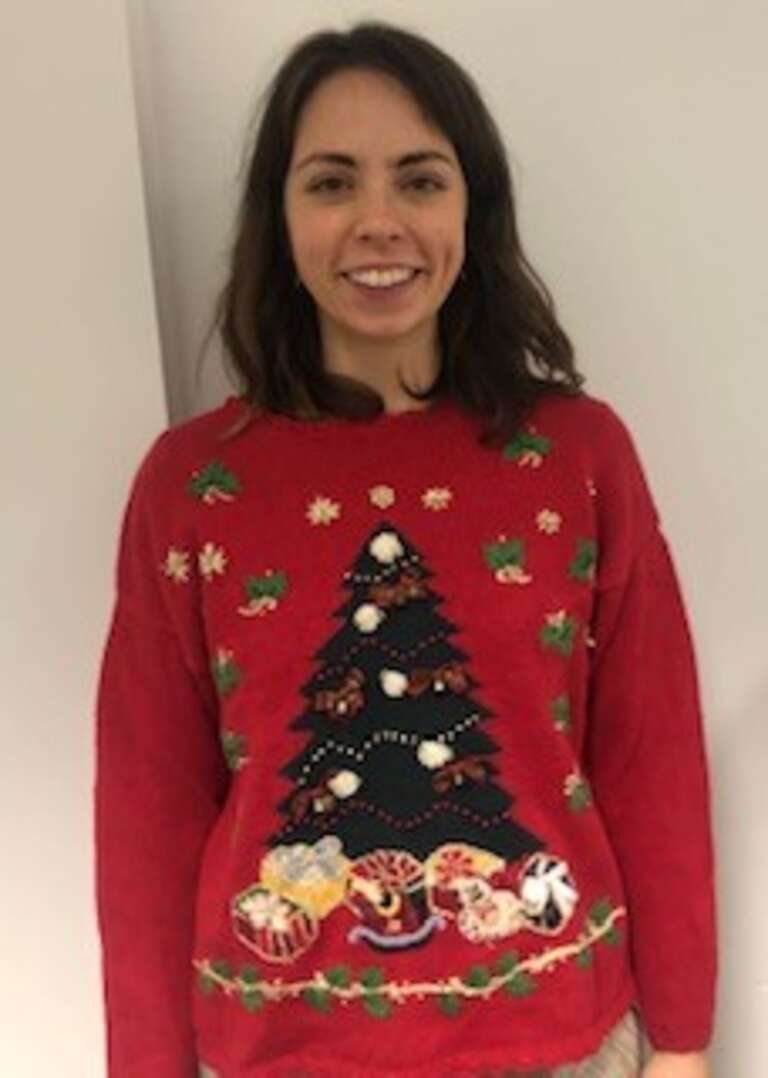 That’s also why we’re working with schools to encourage them to decorate old jumpers using anything they can get their hands on or asking them to organise a Christmas Jumper swap at school. We’re hoping that sharing jumpers between year groups should help to create a culture of not buying new every year, and ensuring everyone can take part.

Some of the best jumpers I’ve seen in the office, on the street, or round the dinner table on Christmas day, have either been transformed from normal jumper to sparkle-fest using a few old pom poms, or found after a rummage in a charity shop. So, on Friday 11th December, let’s all embrace not buying new and dig out a jumper from last year, and maybe even swap it with a friend, in our shared effort to support children in the UK and around the world.