Politicians and Olympians united in use of performance-enabling substance 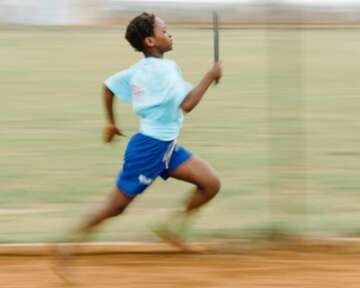 Occasionally, Save the Children gives me the chance to write a blog to bring nutrition policy to the fore. But what if I used that privilege to accuse Olympians and political leaders of using performance-enabling substances?  Well, let’s see…

Because seriously, as I see it, one of the links between the Olympic Games – starting in Rio in six months – and the Nutrition for Growth Summit, also starting in Rio six months, has got to be the participants’ privileged access to one particular performance-enabling substance – nutritious food.

It’s impossible not to admire the accomplishments of Olympic athletes, whose dedication to their sport surely dwarfs my – or, in fact, any normal person’s – dedication to… well… anything. For example, Michal Phelps reportedly trains six hours a day, six days a week and has to eat nearly five times the recommended amount of food to fuel his weekly 50-mile swim. Imagine!

Nevertheless, even when we’re spoiled by the performances of the most decorated Olympian of all time, can we really say we’re watching the best there can be? Or just the best of us who, by a fluke of birth, benefited from sufficient access to ‘performance-enabling substances’ in our early years?

Take malnutrition. An untold number of children are robbed of the chance of a future by their lack of access to the most basic performance-enabling substances, such as breast milk, nutritious food, medication, sanitation facilities, or even a basic minimum family income.

A mind-boggling figure of 161 million children don’t get the right nutrients when they need it most – in the first 1,000 days between conception and their second birthday. For those children, missing out on decent nutrition at this critical stage can:

For these reasons the children who survive malnutrition find their chances of succeeding as athletes, politicians or pretty much anything else anyone may aspire to, severely damaged.

So how does that reflect on each of our accomplishments?  Would today’s Olympic athletes or Heads of State be where they are now if malnutrition hadn’t squandered millions of lives each year? It’s hardly a level playing field…

That’s why for me the Nutrition for Growth Summit and the Olympics are inextricably linked. Heads of State have promised to achieve a world of Zero Hunger by 2030, and the Nutrition for Growth Summit in Brazil is their four-yearly pit stop to review progress and commit remedying resources to ensure they deliver. If they do a good job, in five Olympics’ time (2032) we’ll finally see a true Olympic contest – one where no one can say they were too hungry to win.