Meet the Syrian children who have grown up with war

This week marks five years since conflict broke out in Syria.

For many young children like five-year-olds Joudi*, Hassan*, Julia*, Alaa* and Shahd*, war and displacement are all they have ever known. 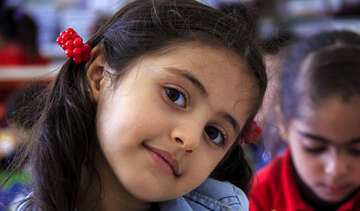 The war in Syria started just a few months after Joudi was born.

Her mother, an art teacher, and her father, a tailor, had spent seven years building their “dream house” in Syria only to flee as it was attacked.

The family now live in Turkey in a two-room basement.

When Joudi was less than one year old, she was injured in an airstrike.

Since then, her mother Suha* says, she has been traumatised and doesn’t like being left alone.

“She is always holding me wherever I go,” she says.

“She wakes up at night crying, telling me that there is an evil woman following her to take her from me.

“She is five years old and she didn’t have a single normal day in which she could enjoy being a child… she knew nothing in this life but horror and misery.”

“Every time I look at her and think of what kind of future is waiting for her – my heart gets filled with sorrow and pain.”

Hassan’s* brother is teaching him to read and write 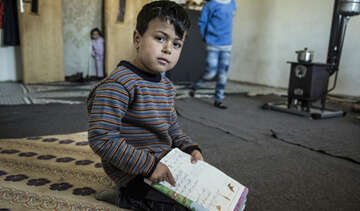 Hassan used to live with his parents and his two brothers in a big house in Syria.

He was playing hide-and-seek when the top floor of his house was attacked.

“We left everything and ran away,” Hassan says. “My mother was carrying my baby brother and we were walking between bodies in the street.”

They haven’t heard from Hassan’s father since and don’t know if he’s alive.

The family are now refugees in Lebanon and Hassan is desperate to go to school. His brother is teaching him to read and write.

“Now I know the alphabet and numbers. I only wish for two things: to find my father and go to school.” 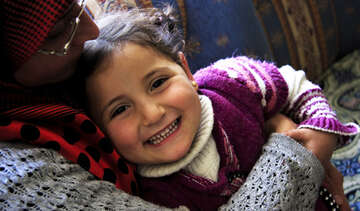 Stuck in a town under siege for six months with scarce resources, Julia and her sisters would cry for food until they were so exhausted they’d fall asleep.

Their mother would add spices to boiling water as ‘soup’ for them to eat.

“No kind of torture could be worse than watching your children crying for food,” says Julia’s mother.

“People became monsters. Everyone – including myself – would prioritise his own children, and they would do anything to get them a loaf of bread.”

A year ago the family left Syria for Turkey.

“Things are not great but still they are not to be compared to what we went through,” Julia’s mother says.

Alaa* gets the highest marks at school 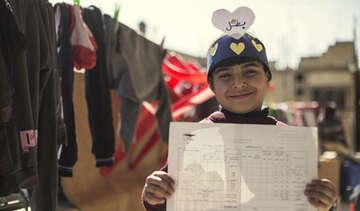 Alaa was just two years old when his father was injured during shelling and later died in hospital.

Alaa misses his father greatly and his mother, Dima*, says he doesn’t believe he is dead.

“I am sure that someday when we will return to Syria [my father] will be waiting for us with new toy cars,” Alaa says.

Dima fled the country for Lebanon. She carried both her young children in her arms until they could find transport.

They are now refugees living in an unfinished building.

“I love Lebanon because there is no war here… and I can go to school,” Alaa says.

He is known as the ‘Hero’ among his classmates, for scoring the highest grades.

Shahd* and her sisters fled to Egypt 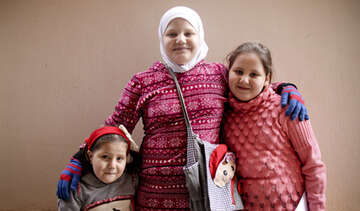 More than 20 of Shahd’s relatives were killed during the war.

She and her family were planning to stay in their hometown in Syria until one of their cousins was killed in front of their family home.

Shahd traveled with her family to Lebanon and from there they went by aeroplane to Egypt, where they now live.

The girls often visit one of our child-friendly spaces in Egypt, where they can play and learn safely. They are becoming increasingly talkative again.

“When my sister told me we were travelling to Egypt I was happy,” Shahd says. “But then when I found out we might not come back to Syria I was sad.”

“I was sad because it was very painful knowing I wouldn’t come back to my country. I put my teddy bear inside my bag.”

We’re providing food, clean water, shelter and education to children in Syria and surrounding areas, such as Jordan, Lebanon, Iraq and Egypt.

Please donate now to help us do more.

*Names have been changed to protect identities.