8 March is International Women’s Day. To celebrate, we’d like to introduce you to three incredible women we’ve met around the world. From midwives to volunteer teachers – their dedication and commitment’s a real inspiration! 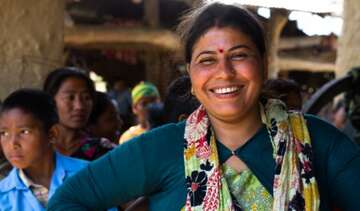 Pushpa was married at 15, and had her first child when she was just 16. She decided to become a nurse two years later – by which time she’d had a second child – but had to go back to high school to pass her grade ten exams first.

It wasn’t always an easy ride. She paid her way through college by working as a poultry farmer. She joined an auxiliary nurse and midwife course on a scholarship along with four other women but failed her first year exams.

Pushpa wasn’t discouraged though – she says she simply worked harder the next year and finished the course.

Recently, Pushpa was on hand to help Asha deliver her baby, who was born not breathing. Fortunately, her training meant Pushpa knew what to do.

“I have seen many babies born like Asha’s little girl, not breathing,” says Pushpa. “We didn’t know how to save them. Now I know what to do. I became a health worker thinking I will help women but now I am also saving newborns.” 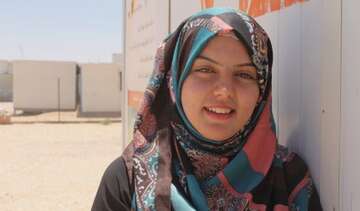 Back in Damascus, Syria, 18-year-old Salam was looking forward to studying journalism at university, and dreamed of becoming a TV news anchor.

But the war in Syria turned her life upside down. Forced to flee her homeland, she’s been in the Za’atari refugee camp in Jordan now for over a year.

For the first month, Salam refused to leave her tent, or to interact with people around her. She wouldn’t let it beat her though – and since she became a volunteer teacher at Save the Children’s activity centre for girls in Za’atari, she’s found a new purpose.

The centres provide a safe space for young people to play, make friends and learn new skills, as well as do activities that help them build emotional resilience.

Salam* says: “Our stay exceeded the few weeks we originally thought we were here for, and it was becoming apparent that returning home was a far-fetched idea. That’s when I broke down.

“I had a life and I had dreams, and looking at our tent in the camp I felt my dreams were vanishing right before my eyes.”

“The centre became like a breathing space for me. Some of the girls don’t go to school in the camp so it’s up to me and the other teachers at the centre to provide the education. I study and prepare on a daily basis at home, to benefit the girls as much as possible.”

To the girls at the centre, Salam is one of them. “I found my second family at the centre,” she reveals, “and this is also how the other girls feel.”

“I’m now more confident, mature and outgoing which I also try to pass on to the girls I teach,” she adds. “Being a volunteer has helped me appreciate my life here.” 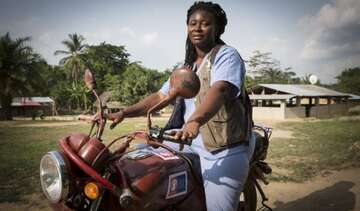 Watta is a midwife at a Save the Children-supported clinic in Liberia. In just three years, she’s delivered more than 1,000 babies, often in tough conditions, and has seen first-hand the impact better maternal and newborn healthcare can have.

She travels to patients in remote communities on the motorbike we provided her with.

“I am a life-saver,” she says. “Because of the deliveries I perform, I save lives.

Watta helps deliver their babies at home – a method fraught with risk.

“In Liberia, a lot of people name their child after the nurse or the midwife. I have 15 namesakes. I feel so happy.”

Donate now to help us continue to support women around the world like Pushpa, Salam* and Watta.