Follow the money: a quick intro to budget analysis 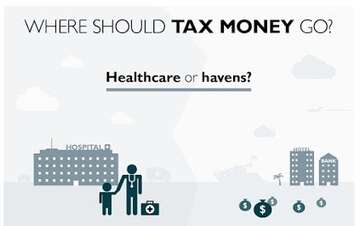 In the 1976 film ‘All the President’s Men’, the character known as Deep Throat told Messrs Woodward and Bernstein, both reporters from the Washington Post, “to follow the money”.

In budget analysis, following the money is precisely the intention. The money in this case is the government budget – money that comes from tax revenue and government borrowing.

Here’s how it works. The government executive proposes an annual budget. All government budgets are for one calender year. (It doesn’t matter when the year starts – January, April or October.) The budget is then debated and questioned in Parliament and – nine times out of ten – passed with a majority of MPs voting to support it. Once the annual Finance Act has passed and been authorised by the President (or Head of State), it becomes law.

The money it releases is spent by individual ministries and other government institutions. At the end of the budget year, the Auditor General’s Office (or equivalent) will report on how the budget has been spent.

Analysing your government’s budget is a powerful tool. It demonstrates how much money (or allocation) is being used to provide goods, services and support to citizens.

And it shows how the government prioritises different policies, strategies, programmes and activities through the sums of money allocated. The allocation size defines the government’s intention to pursue a particular policy or strategic objective.

Where do you start?

The source data for the analysis are the government’s annual budget estimates. Where enough data exists, the analysis can be undertaken at numerous levels (see below).  Where no budget exists, then you need to use other analytical tools, such as a public expenditure review (eg, Public Expenditure Review for Nutrition, Tanzania, April 2014)

It’s also important to understand the wider context in terms of other sources of financing for national development – development partners (or international donors), civil society and the private sector (see below).

While a budget analysis shows the sums of money allocated, it doesn’t show impact or how money has actually been used. Assessing impact is another – complementary – process.

Nor will budget analysis demonstrate value for money – another integral part of budget monitoring.

Budget analysis at the national level

Breaking it down: budget analysis at other levels

1 Programmatic budget analysis: The budget allocation to different ministries provides us with a superficial understanding of allocation. Depending on the level of detail presented in the budget, it may be possible to break this down further. Many governments publish annual government estimates, which allow us to analyse the budget by ministry, by programme and by activity (salaries, vehicle costs, etc.).

For example, the government of Malawi produces a detailed annual budget estimate. Save the Children, in conjunction with the Civil Society Organisation Nutrition Alliance, has analysed the 2016/17 Ministry of Health budget. We’ve carried out a similar analysis in Niger.

A programmatic analysis shows how much money is spent on different programmes, such as on hospitals or on tackling malaria. The analysed allocation can be presented annually, monthly, weekly or on a head of population basis. If we know – based on the government’s own figures – how much a government has allocated for a particular programme or activity (eg, obstetrics or tackling malaria), we can contrast that figure with what the estimated annual actual cost may be. The difference between a government’s programme or activity allocations and the estimated or real cost can be a powerful advocacy tool.

Different districts (or their equivalent) will have different issues and problems. Does the government budget allocation match the urgency of the problems?

In Malawi, stunting rates vary by district. Zomba district has an average stunting rate of 48% – close to the national average of 47% (2010 figures).Whereas in Neno district it’s 55% and in Rumphi 39%.

But what’s the government budget allocation to different districts? In 2014/15, Zomba district was allocated MWK 1,328 per head of population, Neno district MWK 2,746 and Rumphi district MWK 2,579.

These figures provide an indication of district staffing levels. District allocations are for staff salary and allowances only. (There’s no operational budget shown at district level in the government’s annual estimates: district operational budget has to come from ministry headquarters. Thus, funding operational activities may be slow.)

Is this allocation to Rumphi proportionate – and fair? Answering that question involves taking into account district-based issues such as how staff are allocated to different tasks and financial allocations to other programmes at the district level. The district allocation forms a basis for discussion and/or advocacy.

3 Analysing other funding sources: Funding doesn’t only come from government. Other funding agencies include development partners (or donors), civil society and the private sector. Development partners make a significant contribution to many countries’ national and sub-national budgets. Information on their contribution can be found on the aid management platform, which is held and maintained by the Ministry of Finance as well as on donor websites. However, disaggregating these budgets can be difficult and confusing.

Civil society often makes a significant contribution both financially and through providing skilled personnel and building capacity. However, the scale of its overall contribution to a country’s funding is difficult to determine.

For example, unpublished work in Malawi, showed that civil society contributed US$256 million to the country’s agriculture sector between 2006 and 2010 – a  very significant contribution. Nevertheless, given the multi-sectoral nature of nutrition, the investments made by civil society in other sector such as health and education will be the same order of magnitude, probably greater.

Is the funding sufficient to implement strategy?

The analysis of a government budget can show how it is funding its health or education strategy. Costs and values have been assigned. But are these costs and values sufficient?

For example, an analysis of the 2013/14 Zambian Ministry of Health budget showed a 43% increase in HR and administration funding, a 100% increase in funding for technical support and an 87% increase in mobile and emergency services funding. However, the public health and research budget line was stopped – a cause for concern.

Some of the Zambian Ministry of Health budget was transferred to the newly created Ministry of Community Development, Mother and Child Health. At a programme level, the health services delivery budget was reduced by 22%, but the disease surveillance budget was increased by 817% between the 2013 and 2014 financial years.

These changes were likely to have an impact on the Zambian Ministry of Health National Strategic plan 2011–15.

The question is how much impact have these budget changes  had on the different strategic objectives – such as the strategic objective on the reduction of the under 5 mortality?  Based on the financial allocation, a judgement has to be made.

Budgets are a vital in holding a government to account. They demonstrate how a government will finance its daily operational and management costs. In other words, they show you how much money has been allocated to operationalising government strategy and policy.

But are these allocations sufficient?  Do they cover all the costs involved in keeping the delivery of goods and services operational?

The allocations, once analysed, form a basis on which to engage civil servants about the allocation to their particular ministry. To have meaning, the figures need to be from the current annual budget and not from last year’s budget. While assessing budgets over time is useful to determine trends (up, down, stopped or started), this year’s budget is where the action is.

Budget analysis is particularly powerful if completed in time for parliament’s discussion on the budget – a key advocacy moment. Parliamentarians can then use the figures from the analysis to ask questions of the minister and his or her senior civil servants. A higher quality debate may result.

Save the Children is undertaking budget analysis in Malawi, Niger, Nigeria, Ethiopia and Indonesia on an annual basis. Where possible we plan to publish abridged results of these analyses.