Who’ll be poor in 2030? New calculations from the World Bank

New income poverty projections from the World Bank were launched last week, along with some interesting stats on its two goals – eradicating extreme poverty and shared prosperity.

It was all part of the new 2014 Global Monitoring Report and the more technical new Policy Research Report.

Or if you’d prefer infographics and an overview, then your thing will be the report cards.

Here are the top headlines of the report.

That may sound like it’s close to the 3% poverty target the Bank has set – and that there’s not too much more to do to ‘bend the curve’. But  look a little closer, and you’ll see that almost a quarter of sub-Saharan Africa (23.6%) will be left behind living under $1.25 dollar a day – itself not a very ambitious minimum poverty level.

By 2030 more than 400 million people will still experience this extreme level of income poverty. Over 80% of them will be living in sub-Saharan Africa.

(Figures on fragile states were not presented but can be calculated from PovCalNet.) 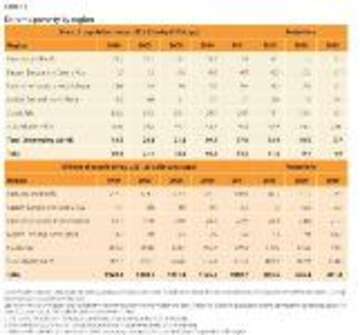 So the question is, what would it take to eliminate this extreme form of poverty?

The Bank has tested four different scenarios to see how long it would take to lift 1 billion people out of poverty (and reach its 3% target).

The most positive scenario – and the only one that will reach the target – assumes an annual per capita consumption growth of 4% in every country (with inequality remaining constant).

The worst scenario – and a more realistic one – assumes the country-specific growth rates we’ve seen over the past 20 years. It predicts that by 2030, 7% of the world population will still be living in extreme poverty.

The conclusion is clear – the world wouldn’t meet the 3% target unless growth specifically benefits those at the bottom. Call that what you like – “shared prosperity”, “inclusive growth” or “growth with a reduction in inequality”. 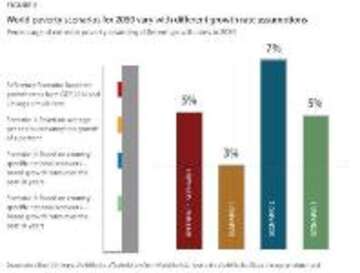 There’s a substantive discussion going on about the World Bank’s ‘shared prosperity’ goal, but I’ll leave that for another blog.

For now, let me just say it’s interesting that these reports feel the need to justify some seemingly arbitrary decisions. Like, why has the Bank chosen to focus on the bottom 40% only? And, even more peculiar, why doesn’t it measure inequality directly?

There’s a growing consensus on inequality. The report’s introductory remarks by the Chief Economist are indicative of this, where he focuses on explaining that this ‘shared prosperity’ goal is ultimately about reducing inequality but that they framed it around the bottom 40% to make it “more communicable” (see the video).

The President of the World Bank is now also saying that the aim of these goals is to reduce inequality. We should expect many more technical and policy discussions in the future on whether growth for the bottom 40% is enough and provides the right policy incentives.

Interestingly, the Global Monitoring Report also looks at shared prosperity in the MDGs but not much on changes over time (despite fantastic work within the Bank on this).

Fortunately, others are working on it including a report on WASH, inequality in child mortality and education by Kevin Watkins, or Save the Children’s Leaving No One Behind report.

It really matters – we shouldn’t assume income growth in its own will automatically deliver improvements in other dimensions of well-being, especially for children.

Finally, it’s unfortunate – to put it mildly – that children remain invisible. There’s not data disaggregated by age group in the report or available to download in PovCalNet.

How is child income poverty distributed this year or how will it be in 2030? Well, we just don’t know because these figures aren’t updated.

Meanwhile, the huge damage that child poverty does to young lives and whole societies continues, even if poorly measured.

Fortunately others are working on it elsewhere – see UNICEF’s research on child poverty and this blog post.