It is five months since fighting b 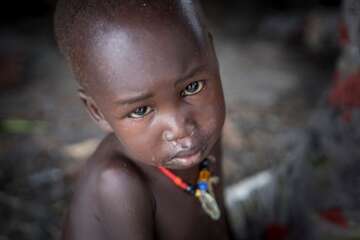 roke out in South Sudan’s capital Juba and spread north to the states of Jonglei, Unity and Upper Nile.

Violence and attacks on civilians have been brutal. Men, women and children have been killed and injured, medical facilities destroyed, and there have even been reports of patients slaughtered in their beds.

Communities have been shattered and villages and settlements that survived more than 30 years of civil war now lie abandoned.

More than 1.3 million people have been forced from their homes – many have then been obliged to move over and over again as the frontline continues to shift.

They arrive in still-intact communities in their thousands, in desperate need of shelter, food and water. The impact of this is simply overwhelming. Communities that were already suffering from a lack of food are seeing their stocks disappear at terrifying speed.

While famine has not yet been declared, it is certainly looming.

Millions have been unable to plant or harvest their crops, while many have seen livestock killed or stolen. Others have had to leave their beasts behind when they are forced to flee.

The number of children being admitted to our stabilisation centres for acute malnutrition continues to rise. In one town where we work, more than 15% of children are severely malnourished – a rate well above crisis levels.

According to the UN, by August, 4 million people will face acute food insecurity and if action isn’t taken millions will be at risk of death from famine.

As if this weren’t enough, there’s a real risk of an epidemic. Just last week, the Ministry of Health declared a cholera outbreak in Juba, with 395 suspected cases reported so far and 14 confirmed deaths. This is in addition to several outbreaks of communicable diseases, including Hepatitis A and measles, that have occurred since January.

Right now the picture is bleak. But it is not too late to stop this crisis becoming a fully-fledged catastrophe. 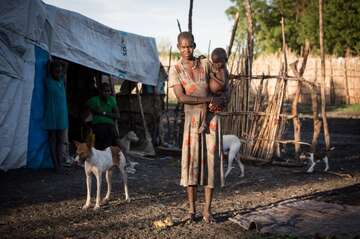 It is not yet too late

On 20 May, donors from 41 countries met in Oslo and pledged about half of the $1.26bn needed to avert famine in South Sudan.

Now, more than ever, the international community needs to come good on those pledges and provide the support the world’s newest nation so desperately needs.

Save the Children is supporting nearly 50,000 children in South Sudan with education, child protection, nutrition, shelter and healthcare. The needs are huge and so are the challenges, but we are doing whatever it takes to get help to those who need it most.