International coffee day: a devastating plague of coffee rust that is leaving communities hungry and desperate 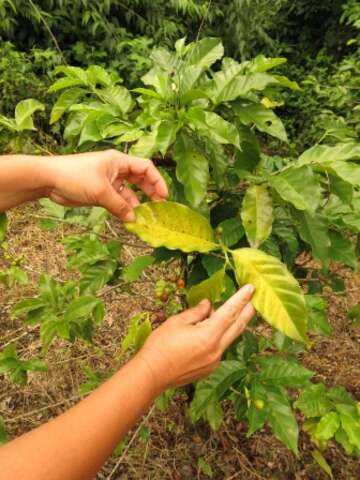 Today is international coffee day. For many, coffee is a mandatory ritual in our morning routine, a centrepiece in our office meetings, a little iced treat on summer days.

But what if I were to tell you that your much-loved blend is disappearing?That millions of lives are being destroyed as a plague tears through Latin America?

The real story behind your cup of dry roast will leave a bitter taste in the mouth.

Coffee rust is devastating plantations across Central America, affecting the lives of 2 million people. The fungus spreads at a rapid rate, drying the bean from within and turning the leaves a musty yellow.

This problem has been ruining the livelihoods of communities in Guatemala, El Salvador, Honduras and Nicaragua for two years. Scientists have speculated the region could lose up to 40% of its coffee crop.

In El Salvador, nearly three-quarters of all coffee trees are infected with the fungus. In Guatemala, coffee rust now covers 70% of the crop, resulting in the loss of at least 100,000 jobs and a 15% drop in coffee output over the past two years (NPR).

Drought… and the threat of hunger

People who were once able to cultivate the land all year round tell me they are now lucky to work just 15 days: a crop of 500lb of coffee a day is down to just 100lb.

To make matters worse, low levels of rain are now causing severe drought, affecting the corn and bean crops. The Guatemalan Government has declared a state of emergency, with Honduras likely to do the same.

The cost of coffee rust has been more than $1 billion so far. But the human cost is even more alarming.

“There are many children suffering malnutrition in this community as there is not enough food”, Luz tells me. Luz lives in a community in El Salvador that’s 100% reliant on coffee.

“There have been times when my husband and I have had to skip meals in order for our children to eat”.

With income down, food scarce, and the future uncertain, these rural communities are falling apart.

Domestic violence and other types of abuse, including the threat of gang membership, increase significantly when households run short of food.

“There weren’t youths hanging out on the streets, they used to work in the coffee plantations. Now there are no jobs. They dedicate their times to these groups now.”

Her 17-year-old son was killed by a gang early this year. 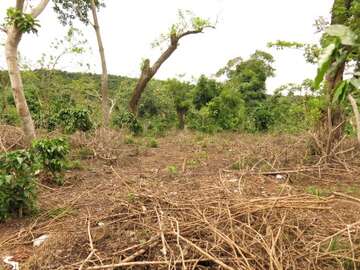 There is no known effective cure for coffee rust.

Save the Children is working with affected communities in the region to provide vulnerable populations with emergency food rations, seeds and tools to be able to restart their agricultural production; at the same time, we are working to strengthen their ability to protect and educate their children.