UK: a 500-mile walk to help save Syria’s children

On Saturday 27 July, the first anniversary of the opening of the London Olympics, Deputy Speaker of the House of Lords Lord Michael Bates set off on an endurance challenge of his own. Starting from Downing Street, he will walk 500 miles to Enniskillen in Northern Ireland, where this year’s G8 summit took place.

The walk – spanning 3 countries – will take 45 days, ending on the anniversary of the closing day of the Paralympics. Lord Bates aims to raise over £25,000 for Save the Children, helping to provide life-saving support to Syria’s child refugees.

He’s already well underway with this impressive challenge. At the end of his first week, he has walked over 100 miles and raised over £19,000, sustained mostly by pints of blackcurrant and soda!

You can help him help the children of Syria by sponsoring him here, as well as following his progress on Twitter and on his blog. 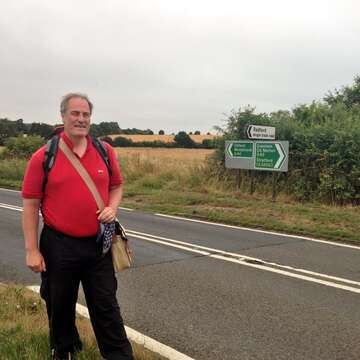