Scotland: Families speak out on childcare 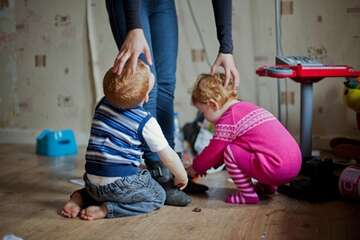 As discussion around the proposals in this Bill move from Committee rooms to the Debating Chamber, decision makers must remember to keep the views and experiences of children, young people and parents  at the heart of the debate. This is essential if it is to become legislation Scotland can be proud of and make a lasting difference to families.

One of the most hotly debated parts of the Bill will focus on access to early education and childcare.

Over the past year and a half, we have interviewed parents across Scotland about their experiences of accessing and using childcare. Last December, 85 parents came to the Scottish Parliament to meet with their MSPs to share their views on the future of childcare in Scotland and to raise awareness of the issues that affect low-income families.

The picture they painted was bleak at times.

Later this month, Save the Children Scotland will release a report highlighting the  messages that we hear time and again from parents across Scotland, whatever their circumstances: childcare needs to be available, affordable, flexible and high quality.

“I would love to go back to work and not be on benefits, but there aren’t enough nursery places…. There should really be more places… It’s also about making the costs manageable.” (Parent, Glasgow)

But their experiences have provided many insights and suggestions of what children and families want and need. Transforming childcare in Scotland to meet these will not be easy or simple, and there isn’t one solution. But there is growing sense that change is needed and this is the time.

Later this month two brave parents we work with will be standing alongside Save the Children to give evidence to the Education Committee – sharing their thoughts and experiences on childcare and the difference the Children and Young People Bill might make to them. Let’s hope their voices are heard and that Parliament listens.