India: words to change the world for children 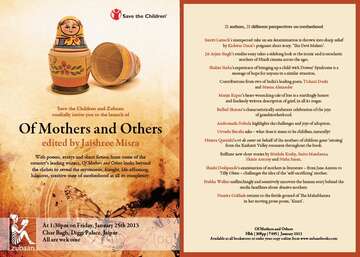 A little over a year ago, the wheels were set in motion by the Indian author Jaishree Misra when she pledged her support to Save the Children by bringing the power of words to create change.

As Jaishree remembers, “Typically, on reflection, I found myself in a state of panic. Publishers have good reason to shy away from ‘worthy’ books, which are usually considered unsellable.

“Rash, yes, but I had been staggered to find that, in India, we lose a child every nineteen seconds to easily preventable diseases and it seemed worth trying to help the organisation [Save the Children] employ more health workers to assist struggling families.

“In such instances, books are my preferred currency because they are more likely to change perceptions than all the money in the world.”

It was like pieces of the puzzle all joining up and we found Zubaan (which means ‘voice’ in Hindi) – India’s first feminist publishing house – who came on board and readily agreed to publish it jointly with Save the Children to bring out the anthology ‘Of Mothers and Others’.

With poems, essays and short fiction from some of the country’s leading writers, Of Mothers and Others looks beyond the clichés to reveal the mysterious, fraught, life-affirming, hilarious, creative state of motherhood in all its complexity. It brings together 21 authors and 21 different perspectives.

Why did Save the Children undertake this?

As a unique way to appeal to the public at large with a message. India continues to hit the headlines because of our shameful record of maternal and child health. UN statistics indicate that in India, a woman dies in childbirth every ten minutes.

We have the highest rate of child malnutrition among all middle-income countries and the second highest rate in the entire world. A tenth of women in our country are undernourished themselves, and this is being passed on to their newborns from the womb as they start to develop, and on it goes.

The book is an attempt to appeal to the middle-class sensitivity and sensibilities to draw them to the larger challenge that millions of poor women face. It aims to jolt us to a reality we are either oblivious to or do not bother about enough as it’s happening to ‘someone else’.

It’s this ‘otherness’ surrounding the issue that we want to break. Motherhood isn’t always a comforting, ‘cuddly’ experience and this is one way to help readers to understand the grim situation some women face. 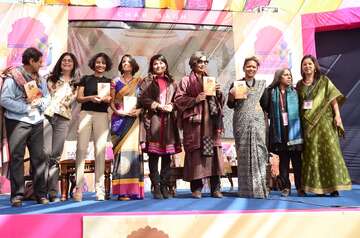 The book was launched at Jaipur Literature Festival, one of the most celebrated events in the city. Within hours of the launch, the book made it to the Forbes list of 13 must-reads.

With a powerful foreword by Shabana Azmi, actress, social activist and one of the leading ambassadors for Save the Children, the book sets the tone upfront.

“Taking care of our women and children builds not just a generation but the nation itself.”

Watch the launch below: