Female genital mutilation: a violation of the rights of girls and women

Despite some progress in reducing the practice of female genital mutilation/cutting (FGM/C), a ground-breaking report by UNICEF finds that millions of girls are still at risk. Save the Children welcomes the report, Female Genital Mutilation/Cutting: A Statistical Overview and Exploration of the Dynamics of Change, as it presents the most comprehensive data analysis on FGM/C from 29 countries across Africa and the Middle East. 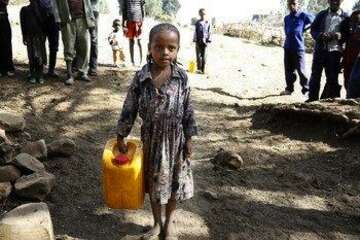 The report cites an almost 50% reduction in the practice in Benin, the Central African Republic, Iraq, Liberia and Nigeria but there is a way to go. The report also identifies the extent to which the practice is widespread, the attitudes and social norms surrounding it and the reasons why it persists. The report provides a salutary reminder that as many as 30 million girls remain at risk of being cut over the next decade if current trends persist.

Violence against women and girls

Save the Children recognises FGM/C as a gross violation of the rights of girls and young women to health, protection, and bodily integrity, and consider it to be an extreme form of violence against women and girls.

Using a holistic approach, we advocate for legislative change to bring about a total ban on FGM/C while also working to challenge and shift social norms that sustain and perpetuate the practice. Using a broad women’s empowerment framework, we deliver a range of activities that increases the ability of women and girls to protect themselves and become strong advocates against the practice of FGM/C through increased access to sexual and reproductive information and services, education and income generation.

We work in key countries in west and north-east Africa where the practice, deeply entrenched in social, economic and political structures that discriminate against women and girls, is most prevalent.

In Ethiopia, where despite laws banning it 56% of girls and women are subjected to FGM/C, we provide direct support and services to girls and women who have been cut or refer them for those services, including health and psychosocial counselling. Our programmes in Ethiopia have led to increased awareness and behaviour change among target communities, with more than 500 girls self-identifying as free from FGM/C.

Research elsewhere has shown the importance of working with adults who support or help to perpetuate the practice. In Sierra Leone, which has an 88% FGM/C prevalence rate, we have worked with local community organisations to help young people, parents and older community members to break the taboo around FGM/C and talk openly about it.

Evidence on FGM/C helps communities and organisations such as Save the Children understand the social dynamics that keep the practice alive and how we can work together to end it. The UNICEF report makes clear that, in some countries, little or no change has taken place and that there is a lot more to do before this denial of the rights of girls and women is finally stopped entirely.